The week ahead.. March 8th 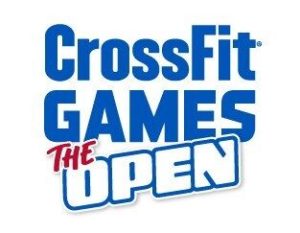 Big week! It’s the start of the CrossFit Open! The workout will be announced Thursday night, and we’ll perform it in every class on Friday. You’re guess is as good as mine as to what we’ll be doing. In year’s past, Dave Castro as released ‘clues’ as to what the workout might be. Basically it’s incredibly vague, usually a picture of something like a fire hydrant on his IG page, and is only there to create speculation/discussion/uproar/outrage. All the emotions happening this week!

Stay tuned for that later this week.

Until then, we’ve got some work of our own to do before then – double strength, double unders, double KB.. all the things! It’s not a terribly heavy lifting week, but we’ll get back to that soon enough. You’ll see some EMOM work in the Strength and WOD portion, double KB and floor press work that we’ve set aside for awhile, as well as a return of the Man Maker!

Read below to see all that’s coming up this week..

Tuesday – Gonna take advantage of some nice weather this week and get outside for some running today. Hitting some swings, double unders, and pull ups, too.

Wednesday – Deadlift for 3s today. Building up to that 1RM in 3 weeks. And a short double KB core/grip/shoulder EMOM afterwards.

Thursday – Start off with some EMOM push/pull/squat work, followed by some man makers and lunges, which I know you all <3

Sunday – Rest Day! Relax, and we’ll see you back in the gym tomorrow!

Let’s have another great week!
-Jen