The week ahead.. July 1st 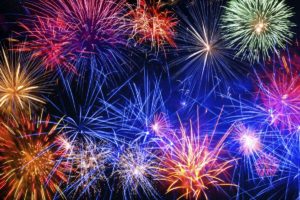 I don’t have a lot of announcements because we have the newsletter coming your way Monday morning, but I’ll give you a *quick* heads up on what’s going down this week and this month.

Lots of opportunities to get a workout in before partaking in 4th of July festivities in or out of town.

Programming
Cindy will be our benchmark Girl WOD this month. If you’ve missed any of the six we’ve already done in 2019, get in to an open gym on the weekend and get ‘er done!

We’ll be getting in to heavy 3s and 1s on squat and deadlift and even on the Olympic lifts – snatch and clean and jerk. And we spent some time on Friday working on gymnastic skills with handstand push ups, so you’re sure to see some toes to bar and kipping work in the near future, too. There’s also built in time before/after class when you show up a few minutes early or stay a few minutes later to work on those skills, too. Don’t just wait for them to show up in a workout!

I think I’m getting a little angry, mostly at myself and how I need to work on my pull ups and inversions (aka – handstand push ups), so let’s see what we’ve got coming up this week…

Monday – Front squat then a quick 21/15/9 triplet and some of that gymnastic work I just mentioned.

Tuesday – Power clean + Front squat complex (you can never squat too much, right??) followed by a barbell complex.

Wednesday – Long workout, and the 1 year anniversary of Sean Chua losing the tip of his pinky. Stories will be swapped! And hopefully no other appendages lost!

Saturday – Sneaking in our second long workout. This is a doozy and has all the things! Running! Barbells! Muscle ups! Yaaa!

Let’s have an awesome first week of July!
– Jen